The Mr Nice Seeds Bank is owned by Shantibaba, and incorporates the talents of another equally experienced breeder of exceptionally high quality, and operates with the collaboration of Howard Marks. These three individuals command a huge wealth of experience in producing cannabis strains. They have produced a large amount of the winning strains of cannabis since 1990, including such legendary strains as Northern Lights No. 5, NL5 x Haze, Super Silver Haze, White Widow, White Rhino, and White Shark.

All THE SEEDS FROM “MR NICE” (regular)

Mr Nice seedbank has been advocating the therapeutical values of cannabis for years. Throughout human history (since 2800 B.C.), marijuana has been used as medicine. Cannabis is a goldmine: it produces up to 60 different cannabinoids and up to 200 different terpenes, a really unique cocktail of natural molecules that has been proven effective against Glaucoma, Epilepsy, Multiple sclerosis, Tourette syndrome, Rheumatoid arthritis, appetite stimulation and in pain therapy.

Howard Marks (Mr Nice) and I (Shantibaba) met during the late 1990’s while I was living and working in Holland. A few years previously (1995), I had set up the Greenhouse Seed Company. Coincidentally, at the same time, Howard was released from a lengthy imprisonment in the USA. During the next few years, we became very good friends and with the success of my breeding work and help from Neville Schoenmaker (the father of Dutch Seed banks), Howard and I discussed the possibility of working together. We decided to start a seed company to help growers throughout the world. Neville and I were already working together on various seed projects, growing and supplying certain strains to coffee shops as well as changing the uses and perceptions of cannabis. 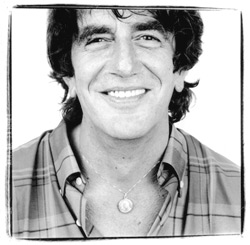 In 1998, when Neville co-owned the Greenhouse coffeeshop in the Red Light Area, and I co-owned and worked the Greenhouse Seed co (since establishing it in 1994)…we decided to really try that year to do our best at the HTCC. Until then, Neville and I, operating as individuals, had won almost every prize awarded for cannabis breeding. On behalf of Greenhouse, we blitzed the 1998 HTCC, winning every prize other than that awarded for clothing. We came first and second in the overall HTCC. I did not particularly like the event so decided to retire from it that year. Coincidentally my relationship with my Dutch partner deteriorated, and egos went crazy. As a result, I sold my interest in the Greenhouse Seed Company and, as a sole trader, set up Mr Nice Seedbank (MNS), which has always been and remains a Dutch company.

Shortly afterwards, Neville also forego his interest in Greenhouse. MNS never entrusted plants to non-growers, including our ex-Dutch partners. Inevitably, confusion results when different companies use the same names for different sub-species, so MNS renamed them all. Seed companies’ most valuable assets are the original mother and father plants, which take many years to collect and select. Every seed company uses strains from particular parts of the world, but they differ greatly. MNS uses a collection of both Neville and Shantibaba’s plants, the most pedigreed cannabis plants ever bred. We established MNS, with its forty parent plants, to make strains and seeds available to all levels of growers in order to help them help us spread the genetic diversity of this miraculous plant.

Rather than joining any seed companies’ bandwagon by merely chasing money, Neville, Howard, and I dedicated our efforts to make old and new world seeds available for growers. We did not care how many seeds we sold or whether we had a profile in the limelight. We are daily users of cannabis, and the mother and father plants Neville and I have kept alive for the last twenty years are capable of producing every currently existing strain.

In 1999, Dutch law changed and no longer permitted the production of seeds. Due to the Dutch gedogen law, however, selling seed imported from another country remained legal. We wanted to fulfil our project without breaking any country’s laws. Accordingly, MNS moved its growing operations to Switzerland, where the law permits growing cannabis for seed production. Many Dutch seed companies lost plants, mother rooms, and seed crops, but in Switzerland, MNS seed production blossomed. 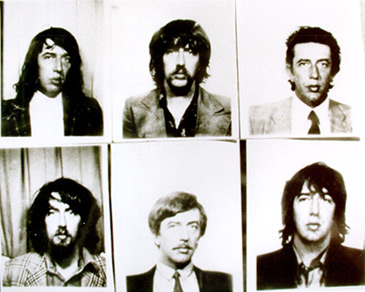 Neville remained in Holland and continued to produce seeds and refine breeding techniques. Howard pursued his cannabis legalisation agenda by writing articles, books, and doing stand up shows. I established Gene Bank Technology in the Swiss canton of Ticino, producing strains and seeds for other companies, as well as furthering the use of cannabis as a medicine and producing unique flower essential oils for the cosmetic industry. All went well, with Ticino eventually playing host to the legally permitted establishment of over seventy growing shops and countless farms producing seeds. The Swiss authorities regularly inspected the premises and the activities taking place, tenaciously collecting any taxes due. Then suddenly, in 2003, without any hint of a warning, a Ticino based Prosecutor launched Operation Indoor, an avalanche of arrests, closures and headlines. The Ticino authorities seized GBT, shut it down, and imprisoned scores of innocent people. To this day, a state of confusion exists in Switzerland as cantons interpret Swiss law whichever way the local politicians want. I received a two-year term of imprisonment in Ticino. (However, I still have all the mother and father plants.) Only a handful of other seed producers have faced the courts, and hundreds of cases remain unresolved.

The lack of union and cooperation among the various seed companies and the consequent frustration for the grower is an unfortunate aspect of this particular industry. To overcome the problem MNS has consistently maintained a visible presence on various helpdesks, directly interacting, testing, and researching with the growers of its products. Some other seed companies do the same. This site is an attempt to set an appropriate standard, and MNS hopes to bring to the seed industry other like-minded companies from all different sections of this sub culture. Our sincere aim is to help people, wherever they are, who have worked or intend to work with any MNS product.

Vegetation of Marijuana
Germination of Cannabis seeds
Soil vs Hydroponics
What is Cannabis Sativa ?
Which light to grow cannabis
Auto, feminized or Regular cannabis seeds ?